​While these are not bungalows in the common sense of the word, they are still worth considering. During the 1920s, there was a building boom as you can see from the dates given to these bungalows. Some people, in order to get in on the boom, bought land for their future homes. Having spent this money, many did not have the means to build the homes of their dreams. They did have enough though to build a small home on their property that would be their living quarters until the main house was built. At one time, Elgin had at least 140 of these garabungalows, but unfortunately, the depression began before they could build and they were forced to remain in these little homes, about the size of a garden shed or a two-car garage. Most of these have been torn down now, but there is still some evidence to be found. 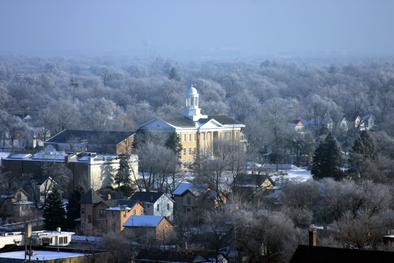